'Intermedia' (as distinct from Mixed Media) has been all the rage for some years at Edinburgh Art College's Degree Show but this is the first time someone has approached me and asked if I would like to hear a story as part of an installation - the latter by Marcus O'Shea.

The performances are variants on the themes of  'Tinctures for tragedy', by  O'Shea,  three framed bottles, containing liquids with unusual ingredients,  seemingly quirky but then their irony sinks in.  There is a serious political message, made clear by the precise dates, which all refer to acts of extreme violence:  Derry 30.01.1972; Ciudad Juarez 1993-2013; and Utoya 22.06.2001. i.e. notorious tragedies in Northern Ireland, Mexico and Norway.  I'll just show one with its description of ingredients:

As for the performers, Agnes Torok, the performer who captivated me with her seemingly true life story about her grandmother is one of several performers you may hear,  all giving a different interpretation to the same title 'The Survivors' and a brief outline by O'Shea.  The other performers are all well-known on the Edinburgh Performance/Spoken Word scene: so if not Agnes, you may catch Harry Giles, Rachel McCrum, James Harding or Rachel Amey.

Posted by Stephanie Green at 14:28 No comments:

Stephanie Green
I am a poet, writer, creative writing tutor and Theatre and Dance critic. http://sites.google.com/site/stephgreen1/home 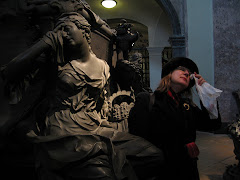